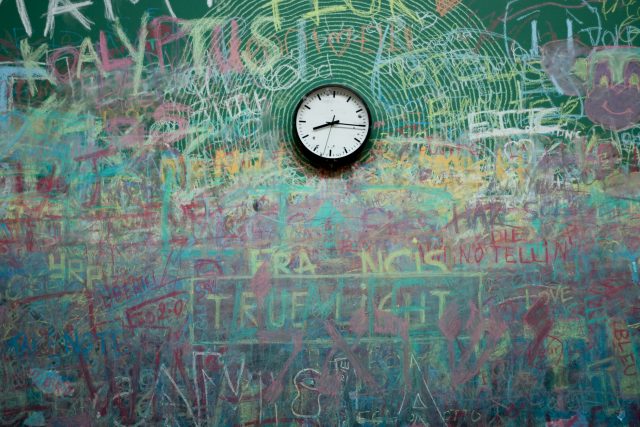 he issue of school violence continues to be one that resurfaces in many different forms. I can’t believe that it’s been more than five years since the Sandy Hook Elementary School tragedy took place. Being so close to this tragedy, both figuratively and literally, in that I grew up only 30 minutes north of this school and working as a public school teacher myself, I just can’t fathom that something like this can and has happened. The sad reality is that school shootings have continued to take place throughout America since then. Violence in our schools is still a major concern, most recently taking place at Marjory Stoneman Douglas High School in Parkland, Florida.

It is apparent that in these types of horrific incidents, there are some deep-seated issues affecting students at our schools and causing them to react in violent behaviors toward others. Consider the telltale signs of mental illness, depression, and posts left on his social media accounts of guns and racial slurs left by a 19-year-old male who shot and killed 17 individuals and leaving 14 injured at a high school in Florida on Valentine’s Day 2018.

Then there was the locker room stabbing that took place back in November 2016 by a 16-year old high school student in Utah leaving five injured. This student was a straight A student and didn’t have any disciplinary record. There wasn’t even a history of bullying with the five victims.

In January 2017, a 17-year old high school student shot his 16-year old classmate. He went into a bathroom and assembled his gun and came out shooting not only his classmate, but also firing at a teacher and narrowly missing.

We’ve been down this road way too often trying to explain the motives of young people who display violence toward their classmates and/or teachers in this manner, wondering how we could have seen something like this coming. We’ve asked the questions:

Issues such as violence in schools have become heightened among educators and policymakers across the U.S. Unfortunately, we continue to see disagreement and verbal lashing amidst Republicans and Democrats regarding their views on gun control. It is bad enough that kids today are exposed to violence all through the media – in movies they watch, lyrics to music they listen to and sing aloud, and things they see on the Internet.

What appears to be inexplicable as to why a child would go to such lengths and extremes as to stab or shoot another student or teacher is rooted in their overall social and emotional well-being. It’s oftentimes the “tragic storm” of circumstances that culminate in events of this kind. And it is our job in society as adults to value a young person’s opinion, be on alert for their emotional needs and be a support and role model in any and all situations. No matter what our personal philosophies on life, or our political views may be, putting humanity first – through respect, kindness, understanding, forgiveness, and getting people the help they need right away – is critical for making a positive shift in our society, as a whole, and for future generations.

To Our Children and Our Future!

Mediators and Moderators of Long-Term Effects of Video Games on Aggressive Behavior: Practice, Thinking, and Action