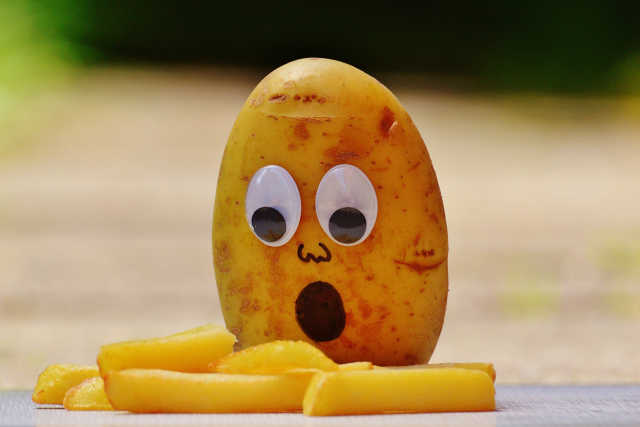 You don’t need a Ph.D. in a biomedical science to realize that inserting genes from one organism into another is an unnatural process that can lead to unpredicted harmful changes in the nutritional state of our food. What we should know about GM foods, and what can be done about it, can save you and your child’s health.

It’s not surprising to me when I hear that, to this day, there still remains an invasion of nutrient-skewed refined foods in our children’s lunches at school. According to WhatsForLunchNYC.com, a typical elementary school menu for the week consists of chicken tenders, cheeseburgers, “Pizza Fridays,” with sides of cheesy rotini, mozzarella sticks or French fries. How these refined flours, sugars, vegetable oils are affecting a child’s daily performance is becoming a burgeoning concern that can have a detrimental impact on their health.

Most school lunches rely heavily on genetically modified (GM) foods that are high in calories and contain low-nutrient value because it’s cheaper than whole food products. Also, when we pack our child’s lunch bag, we may not think that the turkey sandwich with lettuce, tomato and mayo, along with an apple and fruit juice, can actually be unhealthy. Well, the truth is, if it isn’t certified organic, then there is a high possibility that your child’s food contains genetically modified ingredients, high fructose corn syrup, pesticides, hormones, antibiotics, nitrates and other unnatural additives and fillers.

From evidence collected over the past decade, scientists indicate that consuming an enormous amount of unlabeled GM foods carries a risk of weight gain, organ disruption and triggering life-threatening allergic reactions. According to the Royal Society of Canada, “The potentially widespread use of GM food products as food additives and staple foods, including use in baby foods, may lead to earlier introduction of these chemicals.” GMO products are found most ubiquitously in the American diet in tomatoes, soy-based products and all forms of corn from corn syrup to corn starch to corn oil to corn meal and just plain corn — in addition to several other foods.

GMO products first started in the mid-1990s. When Calgene first marketed its Flavr Savr delayed ripening tomato, there was excitement for both producers and consumers. GMOs are created when a gene from one species is introduced into another and creates something that is not found in nature. GMOs have been linked as a causative factor in tumor production in rats and mice and their health consequences associated with humans. Many scientists worry that the genes from the bacteria that transfer these “desirable genes” will mutate and get into the bacteria within our system and wreak havoc.

Will we know what’s in our food anytime soon?

Connecticut’s decision to pioneer in an effort to require labeling on genetically modified foods may or may not spark other states to follow suit. Signing the GMO labeling bill into law on June 25th, 2013 did not declare it immediately effective for CT. Four other states must also enact similar legislation, with one of those states sharing a border with Connecticut and the northeastern states (ME, VT, NY, PA, MA, RI, NJ, NH) and combining for more than 20 million in population. Is this truly a possibility for Connecticut and other states, considering the heavily solidified bond between governmental agencies and these corporate manufacturing moguls?

Getting all states on board

The way we got here is because of agribusiness. The fear is that both Democrats and Republicans would be hesitant to rock the genetically modifying giant, Monsanto, off its “genetically-modified” apple cart. We live in a country where, by and large, we don’t know everything that is or isn’t in our food. We have a right to know, but will this ever happen, considering the fact that universities are receiving “corporate funding” from these GMO food producing companies to do these kinds of “safety tests?” Dozens of U.S. Senators confer about the fragmentation of GMO labeling if it were to be passed state-by-state. They adamantly claim, “Food labeling is an issue the FDA should tackle.” Yet the FDA has been known to be connected and sell out to corporate interests before.

Youth standing up against GMO products

Informing the American people about what “GMO” means is a start and making GMO labeling required at a state-by-state level will catapult our society out of the dark on what we are eating. While the FDA may have concluded that GMOs do not pose a “reasonable threat” to humans, we should ask ourselves the questions, “Why did 27 countries ban GMOs?” “Do they know something we don’t know?” Ask anti-GMO teen activist Rachel Parent her viewpoint on this topic, as she opposed an incredulous Kevin O’Leary while being interviewed on his popular CBC Business News Program, “The Lang and O’Leary Exchange.” She professed, “I am for responsible science and ethical progress. Science that’s proven safe by not the very same companies that stand to gain by their [GMO crops] approval.” It’s time for America to become a free society by being informed through credible scientific evidence to the potential dangers of GMO foods and how they can affect you and your child’s life.